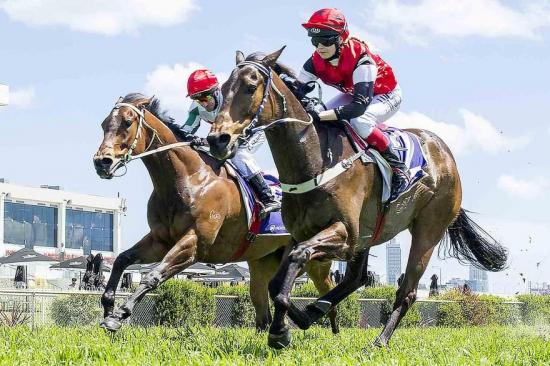 Strictly Boardroom was the second winner for Watkins Racing for the 2014/15 season – both of whom have been partnered by Lucy Warwick this time at Belmont.

Sent around in the $17,5000 1000m 0-68 event as a tightening $1.90 favourite the son of Irish stallion Bletchley Park led all the way giving backers and connections little doubt in the run.

In what was the handy gallopers fourth career victory the win was the first this campaign having returned from a seven month break after a subpar campaign in the 2013 Spring.

Having run three minor placings in the lead up to Friday’s win the win took his earnings passed the $50,000 mark. Strictly Boardroom is the fourth winner from the Corporate Dancer damline.