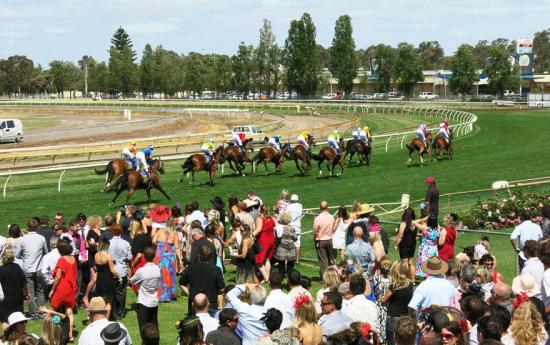 Watkins Racing celebrated a victory of their own on Melbourne Cup Day when lightly raced four-year-old Teddy Beau broke his maiden in career start number three at his home circuit of Bunbury.

Ridden by the stables apprentice Andrew Castle the horse had not races since May 2014 – but had won a trial comfortably leading into the fourteen-horse event. Ridden close to the speed from a wide barrier draw the son of Danehill Express scored a comfortable 1 length victory.

The win was much to the enjoyment of the Beaugleghole family who bred and own the horse.

In his initial campaign the horse promised above average ability with two close up placings in his only two outings.

We are confident a bright future lay ahead and it wont be the last we see of Teddy Beau in the winners circle.