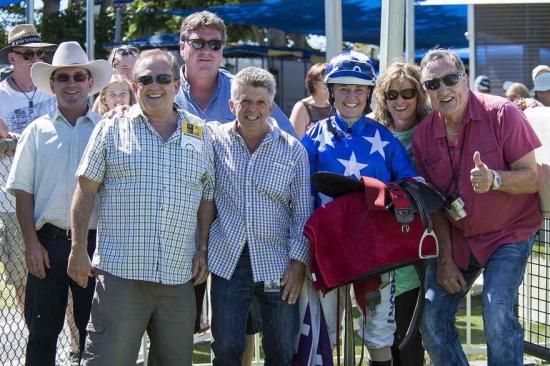 Al Faisal literally became the horse that kept on giving during the holiday period as the gelding scored two terrific wins either side of Christmas.

Al Faisal showed he was ready to win with his solid effort at Bunbury on December 12, which convinced trainer Bruce Watkins to step the son of Bearcat in grade.

Watkins sent Al Faisal almost 200km east to run the grey in the five-year-old justified the trip with a brilliant performance to win the Sims Civil BM58+ Handicap (1190m).

Kyra Yuill rode Al Faisal in the $14,000 contest, letting the leaders set a face pace before the handy sprinter joined them easily entering the straight.

Al Faisal sprinted brilliantly for Yuill, opening a gap of nearly five lengths on his opposition on the line to record his third win from 11 starts.

The homebred galloper then improved his record on his home track with another victory on January 3.

Al Faisal took on slightly tougher company in the Churchview Wines BM60+ Handicap (1200m) and had to do things a little bit differently.

Yuill had Al Faisal up behind the speed as she did at Narrogin but he over-raced during the middle stages of the $17,500 contest, which took a slight edge of his smart turn of foot.

Al Faisal went to the front again early in the straight but was unable to break clear of his rivals. Al Faisal was forced to fight hard for his win but he was good enough to get home narrowly over the charging backmarkers.

Al Faisal’s latest win took his stakes tally to more than $46,000 with the promise of more to come as the talented galloper works through his grades.