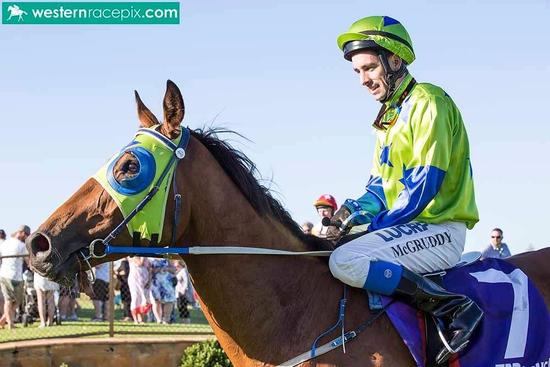 Youngster Diablerie by New Approach, won easily at Pinjarra on Sunday in his second race start. He has overcome a nervous disposition that saw him injured at his first race trial mid 2016 and is becoming a handy horse to have in the stable.

Russian River won at Ascot on Wednesday by a whisker! Darren Mac thought he had been beaten while Bruce was convinced he had just got there.  The photo proved Bruce right!  The owners partied at the news of his win and there were sore heads on Thursday - Liz's included.