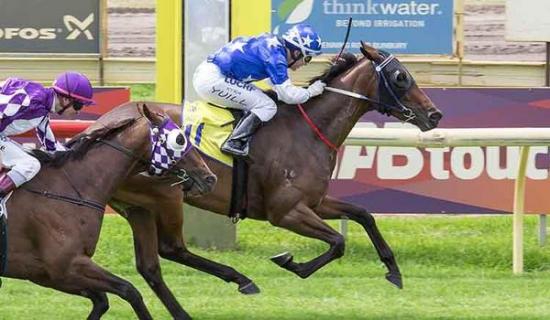 Promising gelding Diablerie, by European champion New Approach won his debut race at Bunbury on Thursday.  Mickey as he is know around the stable is quite a unique individual who has been a challenge but it was all worth the patience as he tore down the outside to win easily. Owners Ron and Kim Warr had faith in the gelding and pushed on after setbacks saw him injure himself at his first trial when he became upset and ran into the barriers at Pinjarra Park.  Mickey has loads of potential and as he learns to relax and settle he will reach his potential.

Other starters on Thursday were pleasing including third placings from Barry's Rabbit who was squeezed out at the start and Wanted Desire (pictured) who jumped from outside to travel three wide the journey.