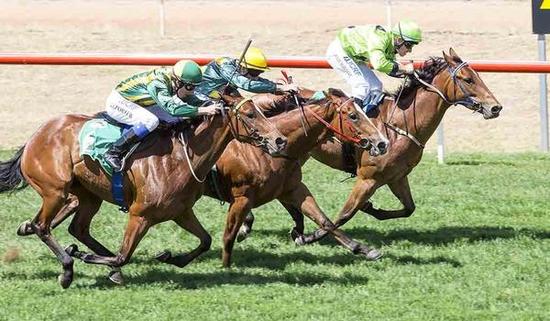 Its been a great couple of months for our owners, with most of our stable starters taking home a win or four!

Miss Sondrio raced yesterday at Pinjarra to take out four in a row, the mare by Alfred Noble has been with us since a a yearling and we congratulate the Brittain family on their success. Makaties Keeper is leading the Bunbury Turf Club Horse of the Year with three wins this prep. She is paddock mates with Miss Sondrio and we believe they are competing for best mare in the stable!

Ace's wish featured in the West Australian Newspaper after a good win at Ascot. The article focuses on the reason why 10% of her prize money goes to the Make a Wish Foundation through co owner Amy Evans who is an amazing young lady defying the odds.

Russian River has also had a win and several places he has been very consistent and will race at Ascot tomorrow.

Peggies Maree took out a win at Narrogin and will race this Thursday as will Barry's Rabbit who is still immature but has also been a consistent placer.

Wanted Desire will have her first start at Bunbury on Thursday as she was sidelined for many months due to illness.

Bruce's strike rate has certainly returned to its former glory and we look forward to many more winners in 2017.