Horsebreaker turned Group 1 winning horse trainer Bruce Watkins has experienced success at the highest level and is more driven than ever to reproduce that feat.

Having turned to horse training in 2001 and establishing himself at Bunbury - Bruce drew on years of experience breaking in young horses and with his canny flair to gain their confidence was to soon be recognised as a key player in the Western Australian training ranks.

In 2007 Bruce achieved the ultimate success in racing winning the Group 1 Railway Stakes at Ascot – the pinnacle of El Presidente's stellar career - culminating in ten wins from fourteen starts with over $1 million in stakes earnings. El Presidente was the first WA based horse to win over a million dollars, racing in WA alone.

At Watkins Racing you can be assured your horses will gain the one-on-one attention they deserve in a tranquil environment. Each horse has a tailored training program which includes the Bunbury racecourse and forest or beach work. Describing himself as a hands-on horse trainer, Bruce, a former rodeo rider rides all his horses regularly and knows how each horse is performing.

Bruce attends all the major Horse Sales and sources a variety of yearlings, ready to run and tried horses. 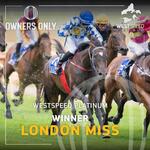 Feb 07, 2021 City Place mare London Miss surprised the bookies by easily winning the Thoroughbred Breeders Pearl Classic.  Lucy rode her perfectly and was able to slot in one off the
Read More → 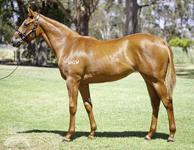 Watkins Racing in the Purple

Feb 25, 2019 Its been a successful month for Watkins Racing with Stable stars Macroy and Fred Dag picking up wins in town.  The mare Wanted Desire who has had her run of bad luck over the
Read More →

Jun 16, 2017 Two strong stablemates Russian River and Ace's Wish began their preps with wins! both won races last prep and were consistent in their effort throughout.
More News